I’m excited to announce the upcoming release of Paul Elard Cooley‘s newest book, “Ghere’s Inferno”. Finally! After four plus years of work, Ghere’s Inferno, formerly known as “Flames,” is ready to go out into the world.

To commemorate it, we are doing an infamous cover reveal! Behold this beauty, created by Scott E. Pond Designs. 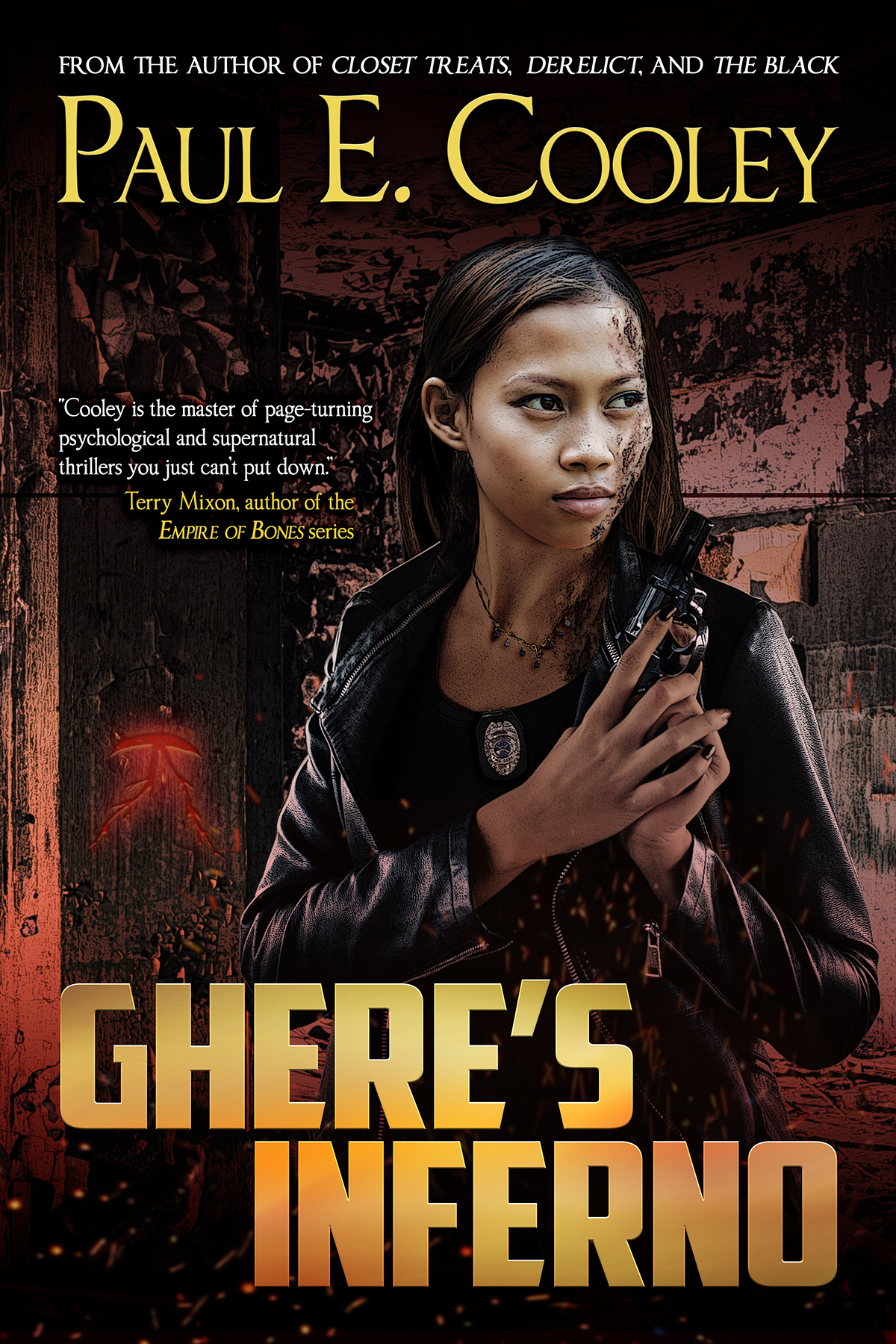 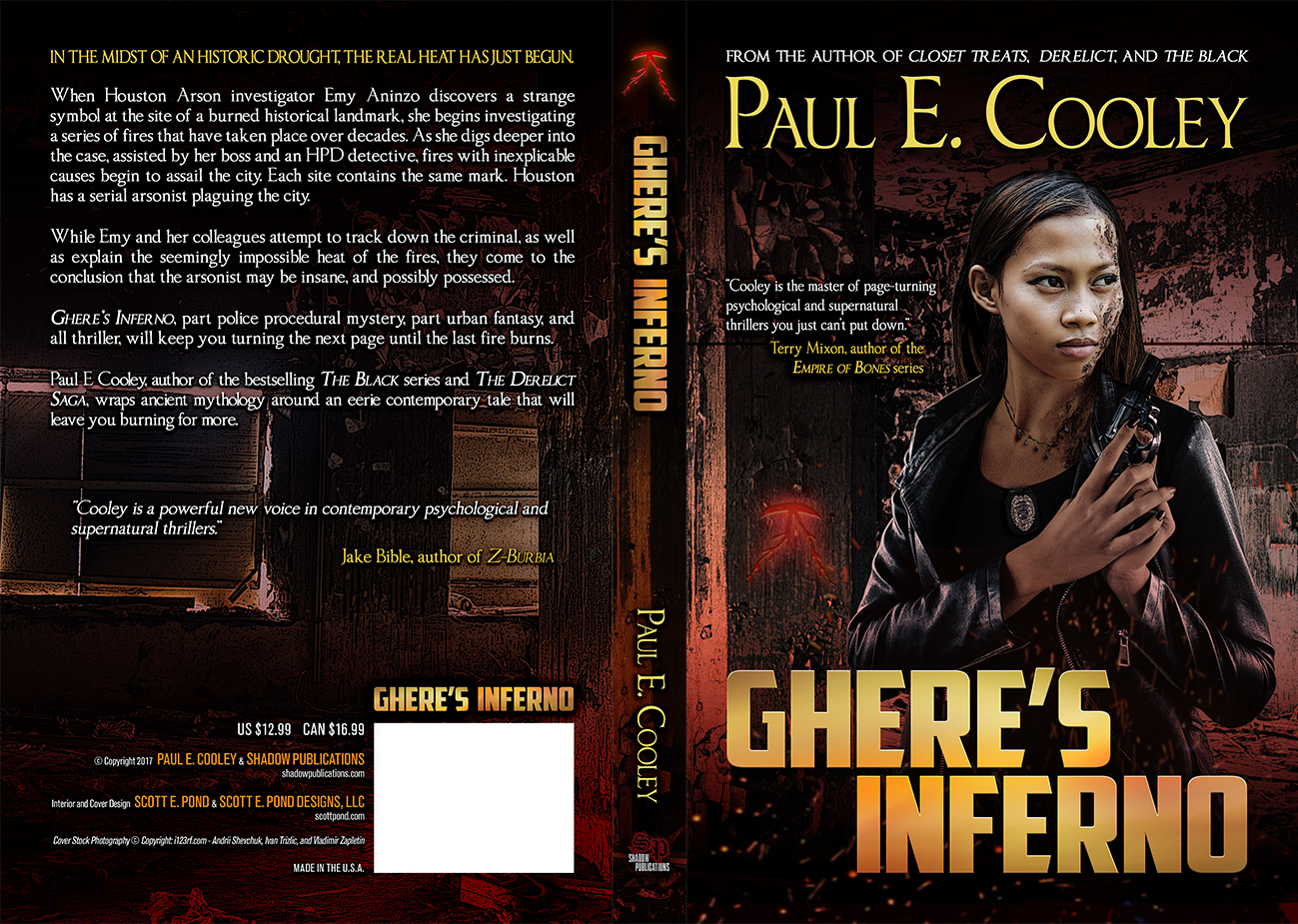 If you’re interested in purchasing the ebook, please consider doing so on December 22nd and help give it a boost in the rankings. It will be available in:
eBook – Dec 22
pBack – Jan 10
audible – TBD

In the midst of an historic drought, the real heat has just begun.

When Houston Arson investigator Emy Aninzo discovers a strange symbol at the site of a burned historical landmark, she begins investigating a series of fires that have taken place over decades. As she digs deeper into the case, assisted by her boss and an HPD detective, fires with inexplicable causes begin to assail the city. Each site contains the same mark. Houston has a serial arsonist plaguing the city.

While Emy and her colleagues attempt to track down the criminal, as well as explain the seemingly impossible heat of the fires, they come to the conclusion that the arsonist may be insane, and possibly possessed.

Ghere’s Inferno, part police procedural mystery, part urban fantasy, and all thriller, will keep you turning the next page until the last fire burns.